Attention everyone! The pack site is up! You can find it here: http://sunsetwolfpack.forumotion.com/
I'm still fiddling with it here and there, but you all can go and sign up and get your biographies posted. Again, the roleplay won't start until 1st of June, but y'all can get your bios up and get to know the site

Username: Hungergames102
Wolf Name: Aslan
Age: 6 years
Gender: female
Desired Rank: guard
Appearance: To start, Aslan has golden hues that seem to sparkle when they hit the sunlight. Also her fur is a pure black color that has hints of a dark brown that blends with her dark fur. She is quite build in her frame which allows to have a strong structure. Aslan is pretty fast even with her bigger frame, which is rare.
Personality: For the most part Aslan is a pretty calm when come to others. She always liked help those in anyway that she can or could. In the past, she had the tendency to have gotten jealous a lot but over the years she has gotten better, though she does snap once or twice. Aslan is also a bit sarcastic sometimes, but she only goes to that when she is upset.
History:
Growing up wasn't easy as you think it was. You may know her as Aslan, but back then her name was Harlem. First part is that she was part of a rouge pack named Wasterom, where her parents were the alpha pair and she was their heir. During that time her mother was expecting another pup, a boy. As the day arrived at that time she was practicing her battle moves and wanted to show her mother and father. When she went to show them they shooed her off as they was to busy with her brother, soon something clicked into her mind and later that night, while her parents was asleep she moved. To her brothers side and clamped her teeth of his neck hard breaking it easily and she dropped the limp body onto the ground. Then her mother and father woke and saw her brother dead and blood a little around her mouth area, enraged they exiled her. Months later, Harlem/Aslan soon returned to her old pack to see her parents again. As she arrived her parents gave her the cold shoulder and would speak to her, soon her mind clicked back to her rage mode as she killed her parents off. The sounds and cries attracted he rest of the pack and soon realized what she do, the fae ran and ran far away from that place, she soon changed her name to Aslan and stayed in hiding for a few more months before traveling and rising from the ashes.
Will you be here for the 1st of June: yes
Anything Else: no
rp quote: " i.... i love you delta, delta smiles. i feel the same way"
Top

Aslan is accepted as a guard! Welcome to the pack, feel free to go and sign up on the site and post a bio!
Top

Username: CoffeeBot
Wolf Name: Spot (Hey, that rhymes)
Age: 6
Gender: Male
Desired Rank: Guard
Appearance: Spot is an averaged sized gray wolf standing at 2’7 at the shoulder but weighing in at a solid 150 pounds; far heavier than the norm. His mass keeps him sturdy and slow, his muscles make him strong, and his sausage body makes him cute. His coat is a mixture of reds and grays that contrary to his name, don’t form spots.
Personality: Spot is extremely trusting. He has no other option seeing as he relies so heavily on others to guide him on his spiritual journey and bring him food to eat when he is bored or tired. Spot is sensible and grounded and is always on the look out for a ‘higher purpose’. He’s friendly but not very talkative or opinionated.
History: (Needs to be fixed)
Will you be here for the 1st of June: Yes
Anything Else: Well I’m going to camp for a week starting on June 5 and ending on June 11 so I won’t be here for that. Sorry.

CoffeeBot - Please note that mates and mate related content are not allowed on the forums. Please could you edit your post and remove details relating to mates/boyfriends/girlfriends? Thanks.

Spot is accepted as a guard! Welcome to the pack! You're free to go register on the site and get a bio up before we start on the 1st!
Top 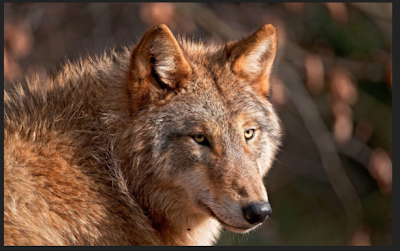 Personality: Active | Skillful | Efficient | Self-reliant | Critical
History: Being born outside of the Wolves of the Sunset, Catori was raised in a small pack with about 5 members. Her pack lived a very tough lifestyle, never having a territory to call their own. Catori was raised to be a very capable and self-reliant wolf, knowing she would have to go out on her own when she got older. At two years of age, Catori left her birth pack, and set out to find a pack to call her own. Stumbling upon the Wolves of the Sunset, she quickly entered their ranks, and has been in the pack ever since.
Will you be here for the 1st of June: Yes
Anything Else: N/A
Top

Catori is accepted as a hunter! Welcome to the pack! You can go and register on the site and get your bio posted!
Top

Attention everyone! The roleplay has begun! If you've got a bio posted, you're free to join on in!

Looks like a very interesting and lovely pack, i'll keep my eye on it and also might be joining in the future :3
♥─ are you calling me a sinner?
av©lupinz
x
X
X